When Did Smiling In Photographs Become Fashionable? The very first photograph was taken in 1822 but in the early days of photography, everyone always looked stern. Not frowning but definitely not happy-looking. Now it’s almost the opposite: even if someone is having a terrible day, they’ll unusually still smile in a picture.

So, when did people start habitually smiling in photographs?

Well first of all, it was not the custom to hold false smiles much before the late 1800s. In fact, it was considered insincere and undignified. Having your portrait taken was considered a very rare and dignified experience. There were messages to be conveyed through these poses – women were often positioned to look thoughtful, leaning on a table, with a book or chair while for men, the perception of authority and dignity was crucial. The custom of faking a smile for public acceptance did not become fashionable until the mid-1920s.

Average early exposure time was between three to eight seconds long – way too long to hold a natural smile. To help people remain still for lengthy periods, metal clamps were used to stop heads from moving, or people were given opium-based pain relief drugs to keep them subdued. One early photographer advertised that they could provide gas to permit photography “without pain”.

With the invention of faster films and faster shutter speeds, smiles began to appear. These days, shutter speeds are down to a fraction of a second, easily able to capture a spontaneous smile.

Lets not forget, oral hygiene and modern dentistry did not exist back in those days, and very few people still had a mouthful of teeth by the time they reached 30! Missing or rotten teeth are not photogenic.

Smiling for cameras is now almost “hard-wired” into people’s behaviour from a young age. Perhaps people feel that if we look sad or grumpy or angry, or simply don’t smile, then we reveal something of our inner selves.

In daily life we naturally greet strangers with a smile, and a photograph is our introduction to a stranger. Smiling is something that is understood by everyone despite culture, race, or religion.

“Everybody Deserves To Smile”

At Simply Smiles Dental, we believe that dentistry is not a luxury, and that everybody deserves to smile. Thats why we keep our prices fair and offer solutions to suit every budget.

We make this investment in you because we’re pretty confident that you’ll be pleasantly surprised when you meet us. Our level of work and patient care ethic is first class.

(We are located in the Toorak Village, in the heart of Toorak and serve patients from Toorak, South Yarra, Prahran, Windsor, Southbank, South Melbourne, Port Melbourne, Malvern, Albert Park, Melbourne CBD, and from all Melbourne metro areas.)

Benefits of SmilingTooth Whitening Treatments in Toorak
About the author

Surprising Habits that Could Damage Your Teeth
December 7, 2018

Making the Most of Your Dental Insurance
October 28, 2014
Our Dental Offers 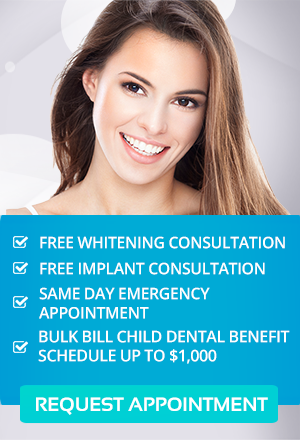 *PAY NO GAP offer is no longer available